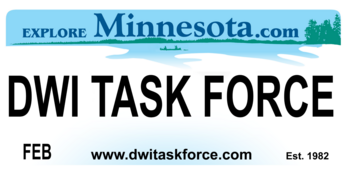 Our Goal: To Eliminate Impaired Driving

The Minnesota DWI Task Force always welcomes new members and attendees.  If you are interested in getting involved and attending a meeting, please contact us.

The DWI Task Force has successfully proposed significant changes to Minnesota's DWI laws and continues to seek to improve public safety as well as knowledge and awareness.

The DWI Task Force is made up of a diverse group of professionals.  See our upcoming meeting dates.